History of a label 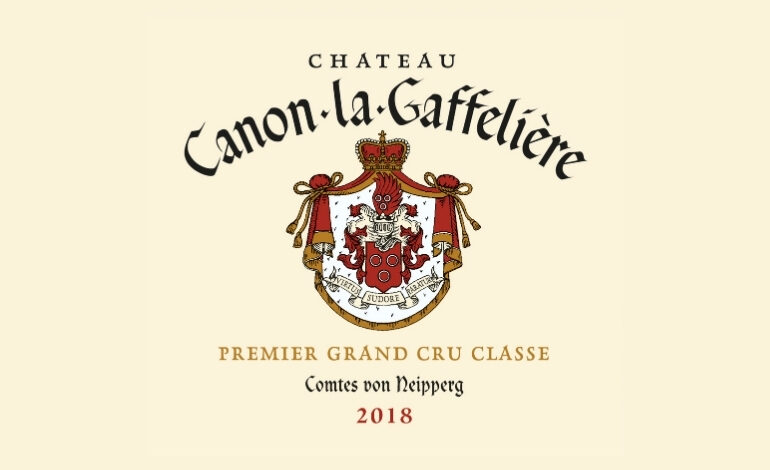 After opening a bottle of Canon la Gaffelière, Grand Cru enthusiasts probably wonder: what is the coat of arms adorning the label of this great Saint-Emilion wine? And what does it represent? Count Stephan von Neipperg, who puts his passion and expertise into managing the château, tells us the secrets behind this unique label.

Château Canon La Gaffelière’s rich history can be divided into two parts: before and after 1971. This date marks a turning point. Fifty years ago, the von Neipperg family purchased the estate and decided to unite their fate with that of this Saint-Émilion Premier Grand Cru Classé.

Ennobled during the Holy Roman Empire, the von Neipperg family, whose origins date back to the 12th century, raised officers and diplomats for hundreds of years. But since the beginning, the family has also branched out into a different field altogether: winemaking.

Established in the northern Württemberg Valley, the von Neipperg earldom comprises some thirty villages and market towns, where vines have been grown since ancient times: “We have always made wine on this land, where family archives show traces of the Neipperg’s winegrowing activities dating back to the 13th century. Traditionally, we are a family of forest owners and winegrowers”, highlights Count Stephan von Neipperg, the current owner of Canon La Gaffelière.

When his father Joseph-Hubert von Neipperg repurchased Canon la Gaffelière half a century ago, he drew on this ancestral heritage, while bringing his Saint-Emilion estate into the modern era.

Consequently, the new owner completely re-structured his vineyards to reveal the immense potential of the sandy-clay terroir. He thus injected a new lease of life into the estate and bestowed his bottles with a new identity.

At the time, the label displayed an iron gate, behind which one could make out a fairly romantic château, with the Saint-Emilion church bell in the distance:“It was a little far-fetched, since you cannot actually see the bell from the château, you have to have a lot of imagination to see it”, Count Stephan von Neipperg laughs. His father decided to replace this illustration with the family coat of arms. This decision raised a few eyebrows in the Bordeaux region at the time.

The count explains: “The bottle’s coat of arms represents everything that matters to us, our family origins, our roots. The aim is to transmit our values, our history, our attachment to the land and to those who taste our wines.” The von Neipperg coat of arms is also displayed on wines produced by the family’s other Saint Emilion estates (Clos de l’Oratoire, Château La Mondotte).

The family coat of arms has thus been the centrepiece of the bottle label for the past fifty years. But what do these red and gold coat of arms represent?

A short lesson in heraldry by Stephan von Neipperg: “If you examine the label, you will see a closed crown which used to belong to the ruling families. We were in fact a sovereign family until the Napoleonic era. The three central circles probably represent the alliance of the three families who later became the Neippergs.

One thing is certain, the more simplistic the coat of arms, the older it is. Ours is very simple and therefore very old. Everything around it is more recent, dating back to around the 18th century, particularly the ermine coat, which represents the glory of the ruling families.” Under the coat of arms is a slogan written in Latin, “Virtus Sudore Paratur”, which translates as follows: “Efforts equals virtue”. This motto, which was probably also added in the 18th century, reflects the Neipperg’s philosophy: “sweat and hard work are what make you shine. There is no such thing as success without effort. The aim is to pass a sense of meaning, values, and principles onto our heirs”, Stephan highlights.

According to this thinly-moustached man who admits to talking with a Karl Lagerfeld accent, the transmission of knowledge is essential: “I am just one link in a never-ending chain. It is my duty to leave behind a preserved vineyard. In Germany, we still grow vines on the same terroir. Our long-term strategy in the Bordeaux region is based on the same desire for longevity”, he concludes. The love story between the Neippergs and wine lives on.